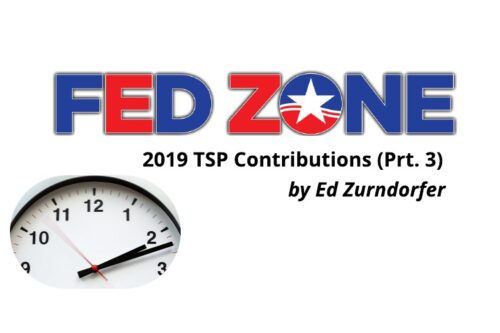 Although it is past Dec. 31, 2019, federal employees and if they married, their spouses, have until April 15, 2020 (the deadline for filing 2019 income tax returns) to make their 2019 individual retirement arrangement (IRA) contributions. In the third of a series of columns discussing 2019 IRA contributions, this week’s FEDZONE column discusses Roth IRA contribution and distribution rules, and conversions of traditional IRAs to Roth IRAs.

Like traditional IRAs, there is a requirement for an individual (or the individual’s spouse) to have some type of earned income in order to contribute to a Roth IRA. Earned income includes wages or salary, commissions, self-employment income, or nontaxable combat pay. Compensation does not include income from investments, pensions or annuities, Social Security benefits, or rental income.

The IRS has a worksheet in Publication 590-A (Individual Retirement Arrangements – Contributions) that allows individuals to compute the amount of their allowable Roth IRA for 2019 based on their 2019 MAGI. The worksheet is reproduced below:

Several rules that apply to traditional IRAs also apply to Roth IRAs, including:

· Contributions may be made up to the original due date of an individual’s tax return with no extensions. This means that the deadline for making contributions to a Roth IRA for tax year 2019 is April 15, 2020, the due date for filing 2019 individual tax returns.

· There is a 6 percent penalty on excess contributions

Since Jan. 1, 2010, the IRS has allowed individuals to convert their traditional IRA funds (and some other untaxed IRA funds) to Roth IRA funds by paying income tax on any account balance being converted that has not already been taxed (e.g., the traditional IRA balance minus any nondeductible contributions).  Originally, there were income limits that prevented high earners from performing such conversions, but those restrictions have since been lifted.

Many individuals have reasoned that since there are no income limits to prevent high earners from making nondeductible contributions to traditional IRAs, and since anyone can convert traditional IRAs to Roth IRAs, high earners can simply contribute to a traditional IRA (with a nondeductible contribution) and convert the traditional IRA immediately to a Roth IRA. Thus, they can legally circumvent income limitation rules and taking advantage of the Roth IRA’s valuable benefits. The reason that no taxes would be owed on the conversion. This is because the converter would be converting the exact amount that he deposited – and on which he or she has already fully paid income taxes. Thus, the concept of the “backdoor” Roth IRA.

But the IRS does not allow converters to specify which dollars are being converted as is true with stock owners who can identify specific shares of stock being sold. For the purposes of determining taxes on conversions, the IRS considers a person’s non-Roth IRA money to be a single, co-mingled sum. Hence, if an individual has any funds in any non-Roth IRA accounts, it is not possible according to IRS rules to contribute to a traditional IRA and then convert that specific account to a Roth IRA as suggested by some individuals. Conversions must be performed on a pro-rata basis of all IRA money, not on specific dollars or accounts. The following example illustrates:

William has $45,000 in a rollover traditional IRA (untaxed money) and then attempts to utilize the strategy above to avoid income limitations on a Roth contribution by making a $5,000 nondeductible contribution to a traditional IRA and then convert that account to a Roth IRA. In that case, the IRS will calculate that William owes taxes on an additional $4,500 of income. This is because the IRS will look at the $50,000 in total non-Roth IRA money ($45,000 in a rollover traditional IRA never taxed, and $5,000 contributed to a nondeductible traditional IRA) as it were one account. Because 90% of that balance (i.e., $45,000 of the $50,000) is untaxed, William owes taxes on 90% of the conversion amount of $5,000 (i.e., $4,500). Furthermore, after paying taxes on the $4,500, William will need to track that he has $4,500 of already-taxed non-rollover money in his rollover traditional IRA account – which will not only complicate matters from an accounting perspective for years to come but may also prevent him from rolling the money into an employer’s 401(k) plan (including the TSP) in the future.

Situations in which pro-rata calculations must be done for conversions are not rare; a large percentage of today’s federal employees with rather large salaries started working before Roth IRAs were available and have non-Roth IRAs as result. Many left jobs and moved 401(k) money into rollover IRAs. Others may have accumulated SEP IRAs or SIMPLE IRAs along their career paths as well.

Edward A. Zurndorfer is a Certified Financial Planner, Chartered Life Underwriter, Chartered Financial Consultant, Chartered Federal Employee Benefits Consultant, Certified Employees Benefits Specialist and IRS Enrolled Agent in Silver Spring, MD.  Tax planning, Federal employee benefits, retirement and insurance consulting services offered through EZ Accounting and Financial Services, and EZ Federal Benefits Seminars,  located at 833 Bromley Street Suite A, Silver Spring, MD 20902-3019 and telephone number 301-681-1652.  Raymond James is not affiliated with and does not endorse the opinions or services of Edward A. Zurndorfer or EZ Accounting and Financial Services. The information has been obtained from sources considered to be reliable, but we do not guarantee that the foregoing material is accurate or complete. While the employees of Serving Those Who Serve are familiar with the tax provisions of the issues presented herein, as Financial Advisors of RJFS, we are not qualified to render advice on tax or legal matters. You should discuss tax or legal matters with the appropriate professional.

With Less Than a Month Left in 2020, Now is the Time to Make Some Tax Moves