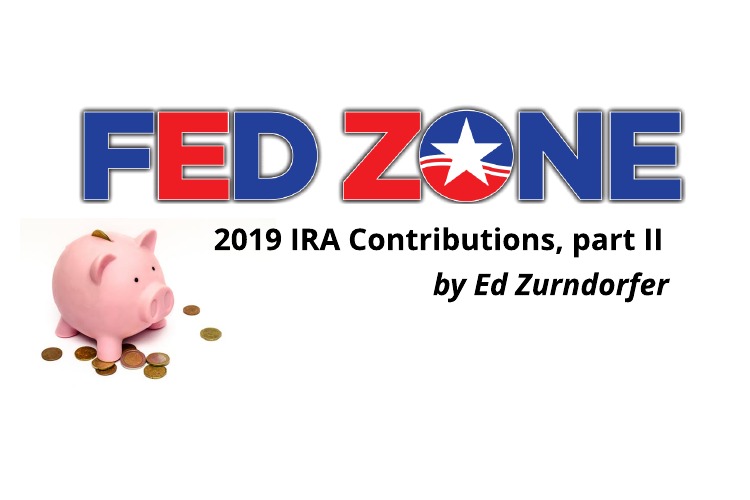 The term traditional IRA simply refers to an IRA that is not a Roth IRA, a Coverdell Education Savings Account, a SEP IRA, or a SIMPLE IRA. A traditional IRA can be further classified as either deductible or nondeductible. Furthermore, as shown in Table 1, a traditional IRA also includes a spousal IRA in which a nonworking spouse contributes to his or her IRA. Note that with either a traditional or a Roth IRA, only one spouse needs to have earned income in order for both spouses to contribute in any year to their respective IRAs.

Qualification to Make Contributions: Must have earned income; Cannot be older than 70.5 at end of year

Qualification to Make Contributions: A spouse can make contributions based on other spouse’s earned income. Cannot be older than 70.5 at end of year.

Income (MAGI) Limitations: If working spouse is an active participant in an employer plan, the nonworking spouse’s IRA is phased out when MAGI* is between $193,000-$203,000.

Qualification to Make Contributions: Individual (or spouse) must have earned income. May not be age 70.5 by the end of the year.

Whether or not an individual may deduct on their federal and state income taxes (as an adjustment to income) a traditional IRA contribution depends on the following:

MAGI for purposes of determining the deductibility of a traditional IRA contribution is defined as one’s adjusted gross income (which can be determined from the line 8b of the 2019 Form 1040) with the following amounts added back:

The MAGI thresholds for deductibility of traditional IRA contributions were changed as part of the Taxpayer Relief Act of 1997. These limits usually increase each year and are shown in Table 2. Federal employees should locate their MAGI in Table 2 for 2019 under the appropriate filing status.

An individual may have to deduct on 2019 Form 1040 (Schedule 1 Part II, Line 19) (an adjustment to income) less than the maximum possible for a traditional IRA contribution and increase the nondeductible portion correspondingly. Remember that an individual may own as many IRAs (deductible, nondeductible or Roth) as he or she wants; may contribute the maximum allowed to any single IRA for 2019 ($6,000 or $7,000 if age 50 or older); he or she may contribute to all of them provided the total contribution doesn’t exceed the maximum allowed for any year. In the case of a spousal IRA, each spouse determines the deductible amount separately. The deadline for making 2019 IRA contributions is the 2019 individual income tax filing deadline of April 15, 2020, even if an individual files for an extension due October 15, 2020.

Example.  Julie, age 35, single and works for the federal government, had MAGI of $69,000 during 2019. Julie contributes the maximum allowed of $6,000 to her traditional IRA during 2019. She also participates in the traditional Thrift Savings Plan and is covered by FERS. Since Julie’s MAGI is halfway between the beginning ($64,000) and end ($74,000) of the MAGI “phase out”, she will be able to deduct half ($3,000) of her IRA contribution on her 2019 Federal income tax return. Note: the fact that Julie contributed to the traditional Thrift Savings Plan reduced her MAGI, thereby resulting in her being able to deduct half of her traditional IRA contributions.

The following eight rules apply to a traditional IRA contribution that follows between the full-deduction and no-deduction levels:

Edward A. Zurndorfer is a Certified Financial Planner, Chartered Life Underwriter, Chartered Financial Consultant, Chartered Federal Employee Benefits Consultant, Certified Employees Benefits Specialist and IRS Enrolled Agent in Silver Spring, MD.  Tax planning, Federal employee benefits, retirement and insurance consulting services offered through EZ Accounting and Financial Services, and EZ Federal Benefits Seminars,  located at 833 Bromley Street Suite A, Silver Spring, MD 20902-3019 and telephone number 301-681-1652.  Raymond James is not affiliated with and does not endorse the opinions or services of Edward A. Zurndorfer or EZ Accounting and Financial Services. The information has been obtained from sources considered to be reliable, but we do not guarantee that the foregoing material is accurate or complete. While the employees of Serving Those Who Serve are familiar with the tax provisions of the issues presented herein, as Financial Advisors of RJFS, we are not qualified to render advice on tax or legal matters. You should discuss tax or legal matters with the appropriate professional.